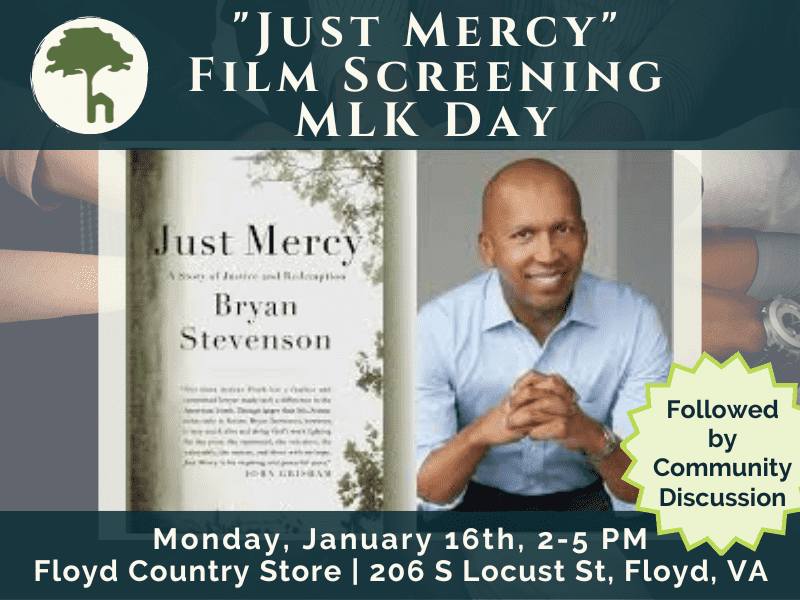 On Martin Luther King Jr. Day, 2023 join us for this free screening of the film adaptation of Bryan Stevenson’s book, “Just Mercy” (film is PG-13). It’s the powerful true story of Harvard-educated lawyer Bryan Stevenson, who goes to Alabama to defend the disenfranchised and wrongly condemned — including Walter McMillian, a man sentenced to death despite evidence proving his innocence. Bryan fights tirelessly for Walter with the system stacked against them. Movie will be followed by a conversation. Snacks and beverages provided.

Organized by Springhouse and made possible with a grant from Virginia Humanities.