By adminNovember 1, 2022No Comments

“I have been driven many times upon my knees by the overwhelming conviction that I had nowhere else to go. My own wisdom and that of all about me seemed insufficient for that day.” ~ Abraham Lincoln

I have been hearing the word “regenerative” a lot lately when it comes to design processes, and as it relates to education. There are many groups, collectives, and books that explore what it means to be regenerative in the ways we learn (the Springhouse Board of Trustees chair wrote one of them.) Because regenerative is such a well-used word these days, it is important to revisit what it means in ways that are grounded, meaningful, and accessible.

Life itself moves toward health, restoration, and thriving. I recently had surgery on my neck for a skin cancer that wasn’t terribly serious. The wound was much larger than I expected, as was the scar it left behind. As I was leaving the doctor’s office, I was given instructions on how to best take care of the wound and the scar, so that they would heal well. Several weeks after the surgery the wound has healed, and the scar is much smaller than it once was. With each day that passes, I watch my skin regenerate. The body, and how it heals and functions, will forever amaze me. When I create the best conditions for life to do what it naturally does, not only is healing possible, thriving is. Regeneration means to make anew. When I partner with this regenerative quality of life by surrendering to it, something new happens; not only in my life, but also in the ways that we design education and culture.

We cannot make regeneration happen. It is simply how life functions; in cycles that include birth, sustaining life, and death. Though we don’t make regeneration happen, we can take care of and support the process in ways that allow us to thrive. We can put ourselves in the way of regeneration by aligning with life; by taking good care of ourselves, each other, and this planet. This is a tall order in a dominant culture that is mostly doing the opposite.  I love how the story of Cinderella going to the ball  illustrates the kind of surrender of will needed to partner with life and its creative power.

Cinderella cannot get to the royal ball on her own. The night of the ball her stepmother, out of jealousy, locks Cinderella in the tower. The envious stepmother ripped the dress that Cinderella herself had sewed, and then she and her two daughters left for the ball. Cinderella had reached the limits of her will. She could not sew a new dress, as the ball was happening right in that moment. She could not get out of the tower by herself. She definitely couldn’t afford a new dress, a golden carriage, footmen, and a driver. She was in a tight spot. Enter the fairy godmother, arriving to do what seems to be impossible. She was there to make things new. Cinderella prepared herself for this encounter by tilling the ground to not only receive such a gift, but she knew it enough to trust it, and work with it.

As we hear in the story, Cinderella had been showing up to the beauty of life for some time. She could speak with animals and was deeply connected to the Earth. Even when circumstances were grim, or maybe even especially, Cinderella turned to her connection to something larger than herself; the regenerative powers of the Earth. She was ready and prepared to see the fairy godmother when she appeared, and she was humble enough to be guided by her. If we think the human will alone will save us from our problems, not just in education but in the many failing cultural systems we now know aren’t working, we will remain in the mess we are in. Many ancient wisdom traditions and folktales speak to this power, but any musician or artist knows this kind of surrender. You can’t make good music if you hold your breath and force it. If you have ever paddled a river, and rather than partnered with it and tried to control it, you know the need for this kind of surrender. Aligning with life is a natural act and we, for better or for worse, have a choice as to whether or not we will.

Life will take care of a lot if we let it. We partner with it, like Cinderella, first by cultivating a relationship with it, then learning how to work with it. There is no greater teacher than the Earth when it comes to learning about the limits, and misguided dangers, of relying solely on the human will. I have long been enamored with Mount St. Helens, even traveling there as a teen, and gathering a little of the dust from its eruption in an old prescription bottle to take home with me. After its eruption in the 1980s, the force of life restored the surrounding area around Mt. St. Helens (even though humans with good intentions thwarted her efforts in some ways),  and it is now more biodiverse than it was before the eruption. Whether the stepmother liked it or not, Cinderella allowed something new to happen, and she went to the royal ball. That’s how powerful life is; it can outsmart the destructive forces of this world, and not only restore a devastated landscape, but make it thrive.

Springhouse is a place for people to practice the Sourced Design principles; this requires surrender and starts with taking care of vulnerability. This is not an easy path, but one worth taking. There is much injustice and oppression to face within, and without. Thank you for being on the journey with us. 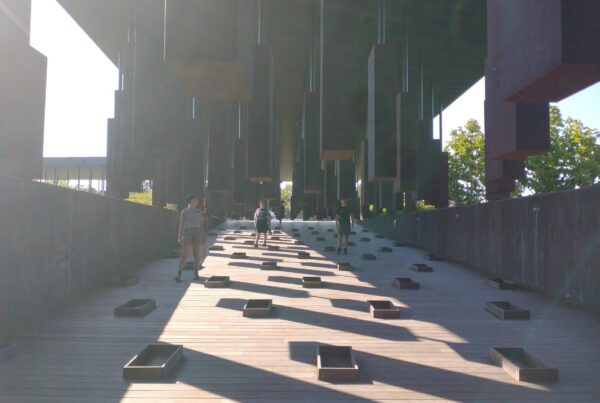 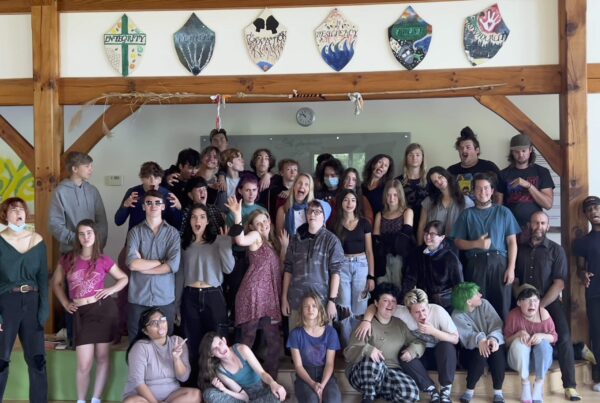