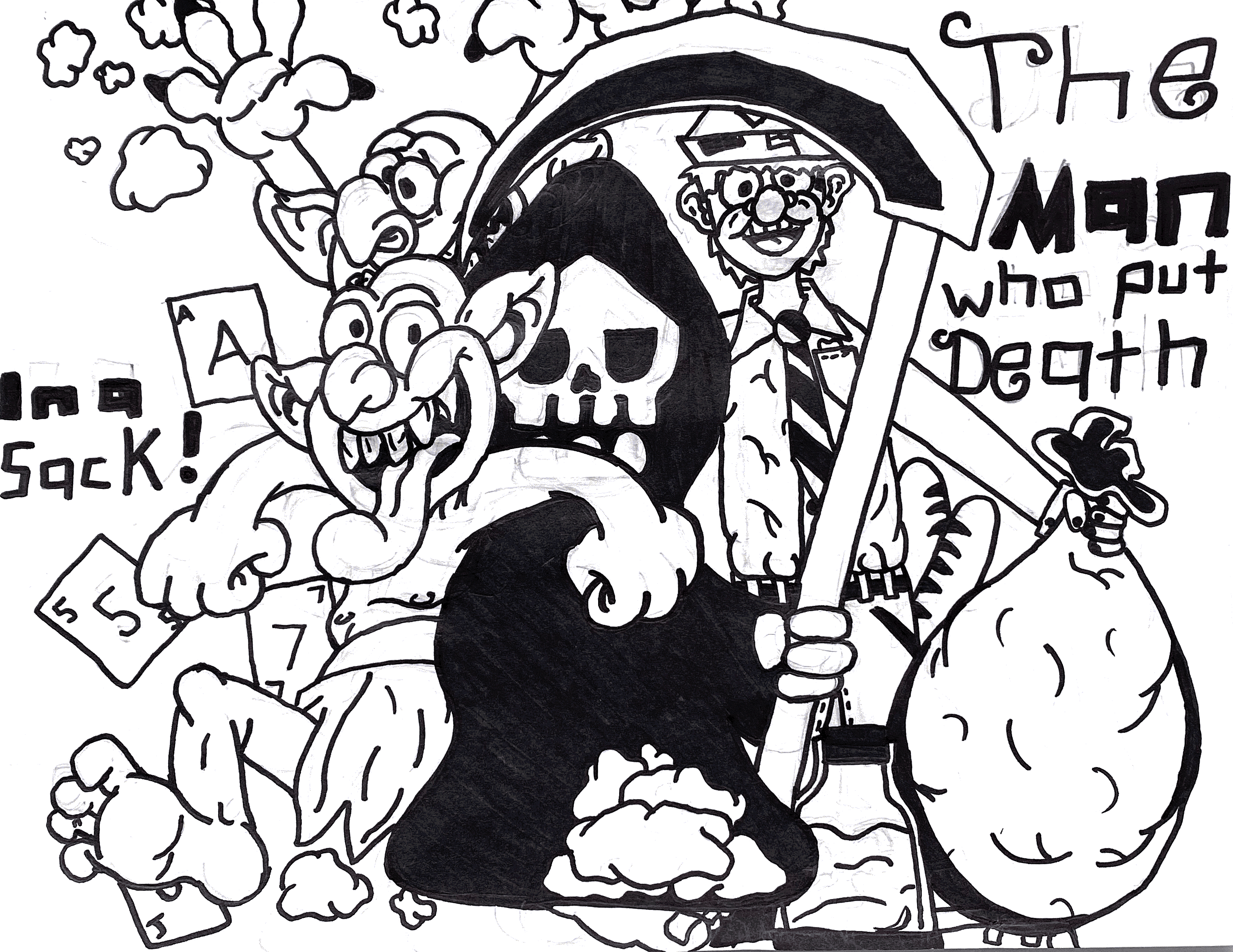 The Man Who Put Death in a Sack

By adminJanuary 3, 2022No Comments

By: Kristy Ratcliffe, Originally published in the Blue Ridge Green Burial December e-newsletter (re-published with permission from the author)

On a beautiful night in early November, as the sun set in spectacular fashion behind their outdoor stage (the ‘dodecadeck’ built by student interns), Springhouse 9th and 10th grade learners gave us their impressive performance of The Man Who Put Death in a Sack.

These incredible teens explored multiple facets of death in their main course during the Fall trimester. In this class, teens delved into the way our mainstream culture avoids death and what consequences follow. They looked at life expectancy around the world, investigated the funeral traditions of various cultures, and had visitors from Gardner Funeral Home and from Blue Ridge Green Burial. Part of their study was the creation of a theatrical adaptation of the Appalachian Folk Tale ‘Soldier Jack’, which they renamed ‘The Man Who Put Death in a Sack, with an alternate ending written by the students.

The story goes something like this… Jack leaves the army after the war and his payment on discharge is two loaves of bread and a nice suit. Along his way, he meets an old man who asks for food and he gifts one loaf of bread to the stranger. In return he is given a magic sack that he can catch anything in. Further along, in exchange for his other loaf of bread, he acquires a glass jar through which he can spot the Angel of Death. The sack comes in handy when he is able to capture some ‘haints’ in a haunted house that he wins by spending a night inside. Later he falls in love with the king’s daughter, and she becomes very ill. Since he can spot the Angel of Death, he captures Death in his magic sack and his beloved does not have to die. The king rejoices and Jack is happy to have his lady alive. The problem is now no one can die. Jack, and everyone else, live for hundreds of years, and all the people in the land are hunched over in old, tired bodies. Jack comes across one of these old folks one day who complains of being tired and ready to rest in death, but unable to do so because some fool captured Death 600 years ago and now no one can escape their mortal coil. So, to put things right, Jack releases his captive from the sack and everyone can die in peace.

After this story played out, the students rewound time, back to the death bed of the beautiful princess, at which time Jack realizes it would be wrong to cheat Death and not allow the Angel to perform the sacred rite that is part of life. His beloved dies. The king laments, and grieves. They have a beautiful funeral and sing an old shape-note song as they lay her to rest in community ritual. As they carry her body to the grave, they sing in harmony,

Why should we start and fear to die?
What tim’rous worms we mortals are!
Death is a gate to endless joy,
And yet we dread to enter there.

I am once again moved as I recall the scene to share with you, readers. Tears well in my eyes with pride and deep satisfaction that my son was one of the students who experienced this momentous learning!

Sarah Merfeld, Ecological Design Lead and co-facilitator of the course stated, “It’s been really meaningful for me to facilitate a class on death. I’ve learned a lot through our exploration … “ A 15 year-old student added, “As a learner in the class, there are often times that the conversations we hold around death are sad or uncomfortable, which is why I find this play to walk an awesome line between the importance of death, and a fun comedy about a lazy man with a magic sack.”

After the performance, the audience broke into groups and shared their responses to questions such as:

In what ways do you see death being put in a sack?
If you could live to be 600 years old, would you choose to do so?
Which character do you relate to the most in this story?

Blue Ridge Green Burial’s Linda Hass built a pine coffin that was on display at the end of the play, and into that coffin audience members placed papers where they had written their response to the final question for reflection: How would you like to live your life more fully?

I was invited to share a little about the vision and mission of Blue Ridge Green Burial, and it was a beautiful opportunity to join forces with Springhouse in a meaningful way. We hope it is only the beginning of collaboration with the regenerative culture builders at Springhouse. We are motivated and committed to provide regenerative death care for our community – regenerative of the earth, regenerative of community, regenerative of family bonds and connections, and deeply regenerative to the soul. Thank you, Springhouse, for providing an education that supports that vision! 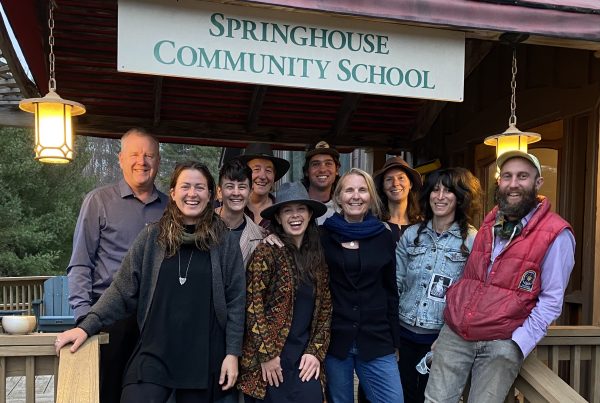 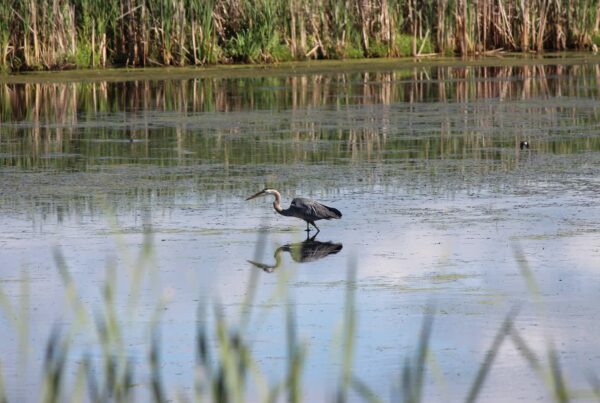 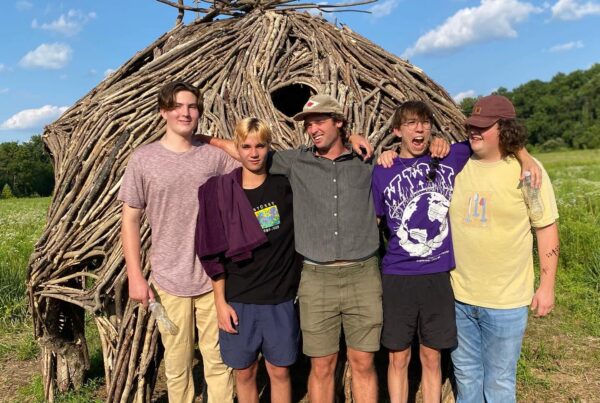 A Snapshot of Regenerative Culture